So you’re a single Catholic sitting at home with nothing to do on St. Valentine’s Day, what are your options?  Well there are many things that you can do, especially if you want to resolve your current status as a non-married person.  If you’re not called to religious life, you are most certainly called to married life with very few exceptions, yet you’re sitting on your couch still being single.  In this column I’ll offer a basic and fundamental template for a single Catholic in pursuing your future spouse(1).

END_OF_DOCUMENT_TOKEN_TO_BE_REPLACED

While we’re discussing libertarianism and its derivations, Randy Barnett at The Volokh Conspiracy recently flagged a post by a libertarian that I found interesting:

I’ve always found libertarianism to be an attractive political philospohy. But…the libertarian perspective has a couple of traps. The trap Barnett describes is a particularly tough one to get out of: once seduced by a libertarian idea, like “goods and services are produced & distributed more effectively when markets are not interefered with by coercive agents like government”, its apparently obvious correctness turns it into a sort of semantic stop sign.

I went through a phase where if, say, education or healthcare policy came up in conversation, I’d say “Markets! Markets markets markets! MARKETS!” I found these conversations astonishingly unproductive, but I didn’t think to blame myself.

END_OF_DOCUMENT_TOKEN_TO_BE_REPLACED

Donald linked below to a discussion of the death of “liberaltarianism”, which led many to ask what exactly that is.  As it so happens, I’d been reading about this seemingly contradictory phenomenon on Ross Douthat’s blog the other day.  It seems all this goes back to a piece Brink Lindsey originally wrote for The New Republic a couple years ago in which he complains:

Conservatism itself has changed markedly in recent years, forsaking the old fusionist synthesis in favor of a new and altogether unattractive species of populism. The old formulation defined conservatism as the desire to protect traditional values from the intrusion of big government; the new one seeks to promote traditional values through the intrusion of big government. Just look at the causes that have been generating the real energy in the conservative movement of late: building walls to keep out immigrants, amending the Constitution to keep gays from marrying, and imposing sectarian beliefs on medical researchers and families struggling with end-of-life decisions.

Though he admits there’s not been much real movement on the part of Democrats to please libertarians, he cites a few things: END_OF_DOCUMENT_TOKEN_TO_BE_REPLACED 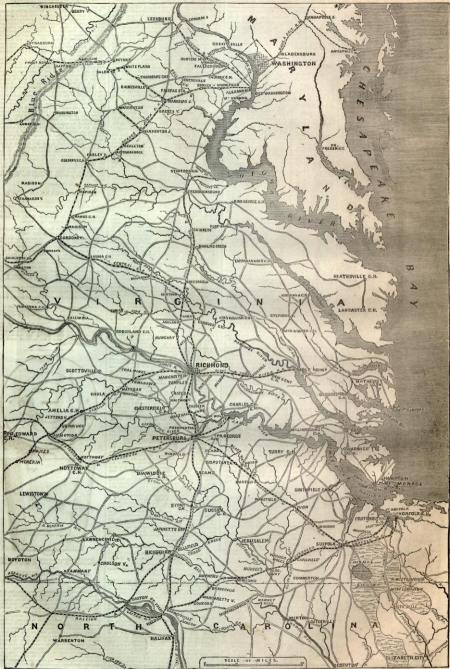 Something for the weekend.   Here is an  excellent video for the song Richmond is a hard road to travel, which retells the less than successful attempts of the Union army to seize Richmond from 1861 to the beginning of 1863.  This is one of the best historical music videos I have seen on the net.

The Laughing (Four of Them) Babies

I have this particular video clip of toddling quadruplets laughing their diapers off saved on my YouTube list for quite a long time now.  You may have seen this awhile back on America’s Funniest Videos.  These four quadruplets never fail to put a smile on my face.  So enjoy and get your Saturday off to a great start.