Secularists Reaction To The Passing Away Of Ted Kennedy 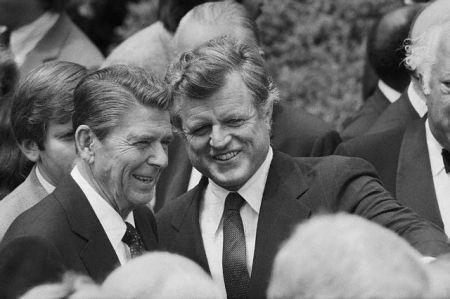 What secularists are saying on the passing away of Edward Moore Kennedy around the web:

Douglas Brinkley on Ted Kennedy’s Life: ‘He Did a Kind of a Redemptive Work’ by Matthew Balan of NewsBusters

Is Kennedy’s legacy Catholic? by Seeker ‘Christian’ Manya Brachear of the Chicago Tribune

Kennedy’s Catholicism source of comfort, conflict by Jay Lindsay of the Associated Press

To see what Catholics are saying click here, here, and here.

This entry was posted on Friday, August 28th, 2009 at 4:01am and is filed under Uncategorized. You can follow any responses to this entry through the RSS 2.0 feed. Both comments and pings are currently closed.