Here are my Top Picks in the Internet from the world of the Catholic Church and secular culture:

1. On ABC’s “This Week” this past Sunday Arianna Huffington, of the Huffington Post accused Glenn Beck of “inciting the American people” to commit violence against Obama by talking about “people being slaughtered.”

2. I have been pleasantly surprised at how Google’s browser Chrome has been working out for me.  It is fast, the security is better than Microsoft’s Internet Explorer 8.0, and it makes the web pages look just as spiffy as Apple’s Safari 4.  I still say that Mozilla’s Firefox 3.6 is the best of the bunch, but Google’s Chrome is up there.

My favorite browsers from best to second best, etc:

There are others, but these four above I would recommend without hesitation!

They all work very well on Windows 7.

Firefox is superior in all categories, but Safari 4 might have the edge on presentation.  I like how the graphics appears on their browser.

Claudine Beaumont of the Daily Telegraph wrote a short and concise article on some of the better browsers available in the Internet here.

3. Here is a neat story of how a kitty cat at a nursing home in Rhode Island curls up to patients just before they are about to die.  The kitty cat’s name is Oscar, same name of my beloved and deceased cat, and his accuracy surpases those of doctors and nurses in predicting which patients are about to die. 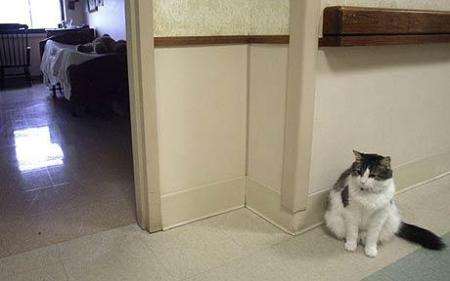 4. And finally a new movie about the Vatican sensationalizing exorcism is being put together titled The Vatican Tapes.

Doesn’t sound that interesting, but maybe it’ll actually be accurate for once.  Who knows.

6. For more news about the Catholic Church click here.

This entry was posted on Wednesday, February 3rd, 2010 at 10:46am and is filed under Uncategorized. You can follow any responses to this entry through the RSS 2.0 feed. Both comments and pings are currently closed.