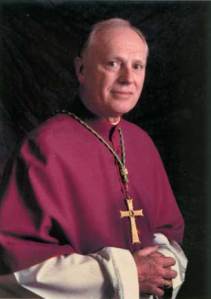 Formal cooperation in another’s evil act (that is, undertaking to help expressly another to perform an act known to be evil) is itself evil. Davis, Moral and Pastoral Theology (1938), I: 341-342. There are no exceptions to this rule; no supervening circumstances can ever render formal cooperation in evil good.

The use of [illegal] drugs “inflicts very grave damage on human health and life [and] . . . is a grave offense. Clandestine production and trafficking in drugs are scandalous practices. They constitute direct co-operation in evil, since they encourage people to practices gravely contrary to the moral law.” CCC 2291, my emphasis. See also Pontifical Council for Pastoral Assistance to Health Care Workers, “Charter for Health Care Workers” (1995), n. 94.

I think that one who supplies, without a physician’s prescription, needles/syringes (nb: devices with only one practical use) to people whom one reasonably believes will use those devices to inject illegal drugs into their own bodies and/or the bodies of others, encourages those people to practices that are gravely contrary to the moral law, rendering thereby, it seems to me, direct assistance to their commission of an objectively gravely evil act while intending precisely to help them accomplish that act. This conclusion is not contingent on whether the needles are clean, or are merely exchanged, or on any other accidental aspect of the program.* The only question is whether giving a syringe to a drug abuser abets his or her injection of illegal drugs. If it does, then giving a drug user a needle formally cooperates with the specific evil of his or her taking those illegal drugs.

Thus, when, Bp. Hubbard of Albany authorized his Catholic Charities office to distribute syringes to apparent drug abusers, in my opinion, he began formally** cooperating in the grave evil of drug abuse in his diocese.

Now, I can’t imagine that any of these observations come as a surprise to the Albany administrators who spent, what? five years? developing this proposal. But the official inadvertence to some pretty obvious objections (at least in the materials I located in this matter so far) is disquieting. Perhaps the powers-that-be will share their analysis more fully, or at least cite us to some experts who are willing to stand behind this program?

In any event, if my moral analysis is correct (and I invite interested persons to carefully investigate the tradition for themselves), then there is an obvious concern for the scandal (in the classical sense of that word, that is, conduct that has the effect of diminishing others’ sense of sin and/or encouraging others to commit sin) that is given when, not simply Catholics, but Catholic bishops approve the public distribution, under Catholic auspices, of injection devices to users of illegal drugs.

Indeed, if a bishop, who is to be “an example in holiness and charity” (1983 CIC 387; CCC 893), uses his offices to achieve the distribution of needles to illegal drug users, is he not abusing ecclesiastical power or function and/or placing acts of ecclesiastical power, ministry or functions with harm to others, contrary to Canon 1389? If such actions are undertaken by one who “has been established in some dignity or . . . position of authority or office” (1983 CIC 1326.1.2), does that not make the immediate reversal, or at least suspension and reconsideration, of such a decision all the more urgent? + + +

* To be clear, under Catholic moral analysis, there are no justifications for formal cooperation in evil, so if needle programs are formal cooperations in evil, we need not comment on the various justifications alleged by proponents of needles-for-illegal-drug-users programs. We simply cannot do evil to achieve good. One could, however, if one wishes, see some brief comments by Fr. Tadeusz Pacholczyk, Ph.D., on “safe injection sites”.

See also NCCB/USCC, “A Response to the HIV/AIDS Crisis” (1990), wherein: “Education and treatment aimed at changing behavior are the best way to control the spread of HIV among intravenous drug users and to prevent passage of the virus to their sexual partners and to children in the womb. Although some argue that distribution of sterile needles should be promoted, we question this approach for both moral and practical reasons: More drug use might result while fewer intravenous drug users might seek treatment; Poor monitoring could lead to the increased spread of HIV infection through the use of contaminated needles; Distribution of sterile needles and syringes would send message that intravenous drug use can be made safe. But IV drug users mutilate and destroy their veins, introduce infection through contaminated skin, inject substances that often contain lethal impurities, and risk death from overdoses.” My emphasis.

By Doctor Edward Peters.  This article originally appeared in the blog, In the Light of the Law, on February 2, 2010 A.D.  Reproduced with permission.

This entry was posted on Friday, February 5th, 2010 at 5:45pm and is filed under Uncategorized. You can follow any responses to this entry through the RSS 2.0 feed. Both comments and pings are currently closed.

21 Responses to Is Bishop Howard Hubbard Cooperating In Evil