The Coming Open Rebellion Against God

The title of this article almost sounds surreal. At first one could be forgiven for thinking it was some sort of low budget End Times movie seen on some local cable access channel. However, the information contained within this article is real, fortunately, as believers and specifically those of us who are Catholic we know that Jesus promised that His Church would not fall despite the attempts of those working for the evil one. God is the truth and God is love, but the mere fact that He is both has caused many rebellions against him literally from day one. Sadly, those who often claim to be the smartest act the most childish, by at first claiming God doesn’t exist and then claiming if He does exist, He doesn’t make sense at least to them. This article will look at this behavior from the world’s earliest moments, but will mainly focus on what has happened in the last few years, right up until this very moment.

END_OF_DOCUMENT_TOKEN_TO_BE_REPLACED 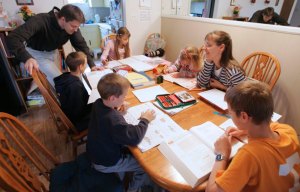 In a story those in homeschooling stories may already have heard about, Federal Judge Lawrence Burman issued a ruling in late January granting political asylum to a family of Evangelical Christians from Germany, on the basis that they faced religious persecution in Germany over their belief that they needed to homeschool their children in order to provide them with proper religious formation. With a number of writers, both American and European, pursuing a narrative in which Europe is far more civilized and tolerant than the US, this event provides an interesting example of how European laws are often, in practice, far more restrictive than people in the US would be comfortable with.

The family in question had suffered repeated fines for homeschooling their children, and had been threatened with jail time or loss of custody.

Uwe and Hannelore Romeike, who are evangelical Christians, say they were forced to go the the US because they wanted to educate their five children at home, something that is illegal in Germany….

In October 2006, police came to the Romeike home and took the children to school. In November 2007 Germany’s highest appellate court ruled that in severe cases of non-compliance, social services could even remove children from home.

Uwe Romeike told the Associated Press that the 2007 ruling convinced him and his wife that “we had to leave the country.” The curriculum in public schools over the past few decades has been “more and more against Christian values,” he said.
END_OF_DOCUMENT_TOKEN_TO_BE_REPLACED

Sanger: “We Want To Exterminate The Negro Population” 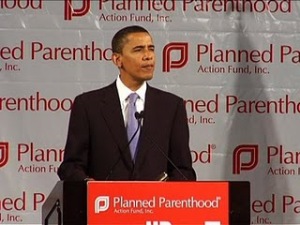 “We Want To Exterminate The Negro Population”

END_OF_DOCUMENT_TOKEN_TO_BE_REPLACED

The Hands of Sarah Palin 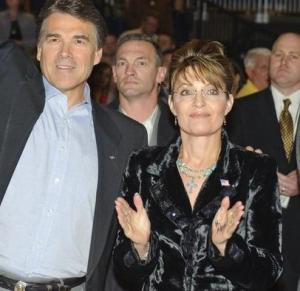 My colleague Eric, a man of the Left, and someone who has my strong respect due to his pro-life commitment, has posted that Sarah Palin had a few key words written on a hand as a mnemonic device during the teaparty convention.  Much of the Left is of course in a feeding frenzy about this, betraying  the unending obsession they have with Palin.  This of course is more fun for them than concentrating on the abysmal failure of the Obama administration and that their agenda is only slightly more popular currently with most of the American public than the bubonic plague.  Palin, with the good humor that has been her characteristic response to the nuttiness from the Left, wrote on her left hand “Hi Mom” for her appearances the next day to give the Lefties something more to read.