2763rd Anniversary of the Fovnding of Rome 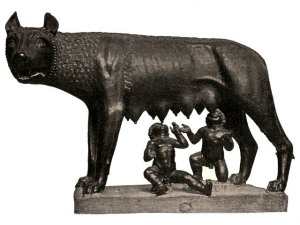 According to legend, Rome was founded on April 21, 753 B.C. by twin brothers descended from the Trojan prince Aeneas.  Romulus and Remus were the grandsons of the Latin King, Numitor of Alba Longa. The King was ejected from his throne by his cruel brother Amulius while Numitor’s daughter, Rhea Silvia, gave birth.  Rhea Silvia was a Vestal Virgin who was spoliated by the pagan god Mars, making the twins half-divine.

END_OF_DOCUMENT_TOKEN_TO_BE_REPLACED 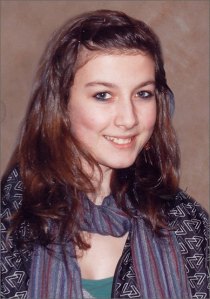 I want to comment now on a story in the news that has caught my attention in the last couple of weeks. For those of you that don’t know, a young woman named Phoebe Prince, only 15 years old and a freshman in high school, committed suicide on January 14th of this year after relentless bullying at the hands of some of her peers.

We have heard these stories before, of teens driven to self-mutilation, extreme acts of violence, and suicide as a result of bullying. There was something exceptionally tragic about this case, however, and something exceptionally cruel about the “bullies” – who really ought to be referred to as murderers. I say this because, so devoid of humanity were these “children”, these teenagers, that they defaced their victim’s facebook profile after she was deceased, one of them writing “mission accomplished” on her memorial wall. Whether or not this was thought of after-the-fact or it was a pre-meditated plan really doesn’t matter in my view, though of course it will matter when these devils are brought to trial for their crimes.

END_OF_DOCUMENT_TOKEN_TO_BE_REPLACED

Comments Off on Phoebe Prince |

Just last week the Nebraska state legislature by a vote of 44-5 passed landmark legislation—The Pain-Capable Unborn Child Protection Act—setting a demarcation line on abortion services based on a substantial body of biomedical research that indicates unborn children can feel pain at 20 weeks. Governor Dave Heinemen (R-NE) signed the bill into the law, which will take effect this October. Once the law is enforced, abortion services will be illegal at and after 20 weeks gestation with exceptions only in cases of the threat of death to the mother or a serious risk of “substantial and irreversible physical impairment of a major bodily function.” Rape and incest are not included as valid exceptions. It is clear from this that there is a dual effort to skirt around the requirements of Roe and avoid the very broad exception of a woman’s “health” that in practice acts as a smokescreen for all elective abortions.

This law is the first of its kind in the United States, basing its restriction on abortion on fetal pain and not on arbritrary notion of fetal”viability.”  Without any surprise, pro-choice lobbyists and lawyers are going to challenge the law in court as unconstitutional because it sets the abortion limit prior to the prevalent judgment that “fetal viability” falls between 22 and 24 weeks and the law allegedly violates several judicial precedents post-Roe, such as the intentionally neglect to include rape, incest, and broad “health-related” clauses as valid exceptions to have an abortion.

Technically there are no judicial precedents for the pro-life Nebraska law because the newness of the standard that is the basis of the law. This will be a first-test case. There is reason to be optimistic that the U.S. Supreme Court—if the case makes it that far—might very well uphold the law. In the best case scenario, there are at least fives justices (the same five that upheld the ban on partial-birth abortion) who would seriously consider a persuasive case of state interest in preserving unborn human life given the considerable amount of medical evidence that unborn children are capable of feeling pain at 20 weeks during an abortion.

The full text of the new abortion law can be found here.

Coincidentally, the same day the Republican governor also signed a separate law requiring health care providers to screen women seeking abortions for possible physical or mental risks before and after the procedure with failure to comply resulting in fines up to $10,000. He has stated his intention to defend these pro-life victories against legal challenges if necessary.

Ash over Europe, Wilting Flowers and Produce in Kenya

Economics may be the “dismal science”, but I find this kind of story about the interconnectedness of the world endlessly fascinating. With flights restricted throughout the UK and Northern Europe because of the volcanic eruption, vegetable and flower growers in Kenya find themselves with mountains of produce with no market.

If farmers in Africa’s Great Rift Valley ever doubted that they were intricately tied into the global economy, they know now that they are. Because of a volcanic eruption more than 5,000 miles away, Kenyan horticulture, which as the top foreign exchange earner is a critical piece of the national economy, is losing $3 million a day and shedding jobs.

The pickers are not picking. The washers are not washing. Temporary workers have been told to go home because refrigerated warehouses at the airport are stuffed with ripening fruit, vegetables and flowers, and there is no room for more until planes can take away the produce. Already, millions of roses, lilies and carnations have wilted. END_OF_DOCUMENT_TOKEN_TO_BE_REPLACED

Comments Off on Ash over Europe, Wilting Flowers and Produce in Kenya |

It may sound too simple or even too silly to be taken seriously- but I would say that looking back over my own life, and being in a perpetual teen world courtesy of my employment as a high school religion teacher- it would be hard to overplay the damage of this “Problem-Free Philosophy”.

END_OF_DOCUMENT_TOKEN_TO_BE_REPLACED

From the only reliable source of news on the net, the Onion.  This is truly back to the future for the Onion.  As this Mike Wallace commercial from 1957 indicates, it used to be common for reporters to shill for advertisers.

Of course modern members of the lamestream press would be indignant to stoop to doing commercials!   It would take too much time away from the political agendas and politicians they are shilling for!

Comments Off on Infomercial as News |