2763rd Anniversary of the Fovnding of Rome

According to legend, Rome was founded on April 21, 753 B.C. by twin brothers descended from the Trojan prince Aeneas.  Romulus and Remus were the grandsons of the Latin King, Numitor of Alba Longa. The King was ejected from his throne by his cruel brother Amulius while Numitor’s daughter, Rhea Silvia, gave birth.  Rhea Silvia was a Vestal Virgin who was spoliated by the pagan god Mars, making the twins half-divine.

The new king feared that Romulus and Remus would take back the throne, so they were

to be drowned. A she-wolf (or a shepherd’s wife in some accounts) saved and raised them, and when they were old enough, they returned the throne of Alba Longa to Numitor.

The twins then founded their own city, but Romulus killed Remus in a quarrel over which one of them would reign as the King of Rome, though some sources state the quarrel was about who was going to give their name to the city. Romulus became the source of the city’s name.

Another legend recorded by Greek historian Dionysius says that Prince Aenas led a group of Trojans on a sea voyage. After a long time in rough seas, they landed at the banks of the Tiber River. Not long after they landed, the men wanted to take to the sea again, but the women who were traveling with them didn’t want to leave. 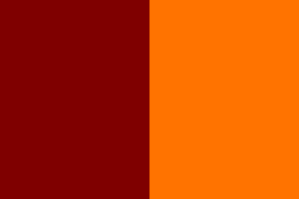 One woman, named Roma, suggested that the women burn the ships out at sea to prevent them from leaving. At first, the men were angry with Roma, but they soon realized that they were in the ideal place to settle. They named the settlement after the woman who torched their ships.

And yet another legend says the city of Rome grew from settlements around a ford on the river Tiber, a crossroads of traffic and trade.  According to secular archaeological evidence, the village of Rome was probably founded sometime in the 8th century BC, though it may go back as far as the 10th century BC, by members of the Latin tribe of Italy, on the top of the Palatine Hill.

This entry was posted on Wednesday, April 21st, 2010 at 8:24pm and is filed under Uncategorized. You can follow any responses to this entry through the RSS 2.0 feed. Both comments and pings are currently closed.

6 Responses to 2763rd Anniversary of the Fovnding of Rome