Arizona Strikes Back! Ready to Cut Power to L.A. 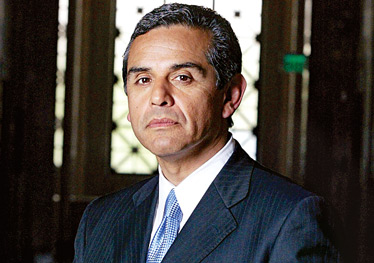 The state of Arizona is about to strike back at L.A. again to defend itself.

A letter written by one of the commissioners of the Arizona Corporate Commission is telling Los Angeles mayor Antonio Villaraigosa to be ready to accept the consequences of his actions:

If Los Angeles wants to boycott Arizona, it had better get used to reading by candlelight.

Gary Pierce, a commissioner on the five-member Arizona Corporate Commission, wrote a letter to the Mayor Villaraigosa threatening to cut the city of Los Angeles power supply for his stand of boycotting Arizona.

Commissioner Pierce is forcing Mayor Villaraigosa to put his money where his mouth is..

“Doggone it — if you’re going to boycott this candy store … then don’t come in for any of it,”

“If an economic boycott is truly what you desire, I will be happy to encourage Arizona utilities to renegotiate your power agreements so Los Angeles no longer receives any power from Arizona-based generation.”

There has been a flood of support for the Arizona Corporate Commissions actions.

The reaction thus far by the Los Angeles city council has been one of nervousness.

One council member has desperately been following up on the threat and is grasping for straws claiming that the city of Los Angeles “partially” owns some of the Arizona power generators in question.

Mayor Villaraigosa issued a statement that he is ready to face the consequences:

If I were still living in Arizona I would be making sure that Gary Pierce follows through with his threat.  It’s time to make grandstanding liberals accountable for their rhetoric.

What If A Law Can’t Be Enforced?

This entry was posted on Wednesday, May 19th, 2010 at 2:56pm and is filed under Uncategorized. You can follow any responses to this entry through the RSS 2.0 feed. Both comments and pings are currently closed.

29 Responses to Arizona Strikes Back! Ready to Cut Power to L.A.