Uncle Leo and the Neocons 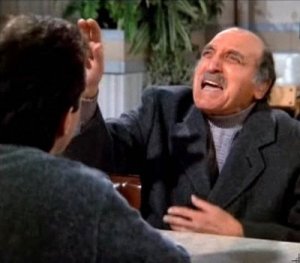 Sigh. I hate this. I really do. I was going to write more about populism, but a recent angry outburst directed at me prompted this instead.

I hate having to clarify a position that will likely cause at least some people who agree with me on 95% of issues to become my embittered, mortal enemies over the remaining 5%. But I’m just the sort of guy who must perpetually set the record straight. Don’t blame me, blame my personality.

I agree with Ron Paul and Pat Buchanan on American foreign policy. So do a lot of the troops, by the way – the people who actually have to fight America’s wars gave more money to Ron Paul than to any other GOP candidate during the 2007-08 primaries (please don’t listen to people who factor in McCain’s contributions after April of ’08, when Paul withdrew from the race).

This is to say, I support an non-interventionist (not “isolationist”) foreign policy. I will give you four reasons why.

Comments Off on Uncle Leo and the Neocons |

Chris Christie: We Need to Stop the Explosive Growth of Government

If we are going to get ourselves out of the morass of government debt in which we find ourselves, it will only be due to the efforts of men and women like Governor Chris Christie of New Jersey.

Yesterday he announced how he intends to lead New Jersey out of the fiscal wilderness:

As you all know, we have a fiscal crisis in New Jersey: a $10.9 billion deficit on a $29.3 billion budget.
END_OF_DOCUMENT_TOKEN_TO_BE_REPLACED