A Merry Christmas To Those Who Guard Us While We Sleep

Hattip to Big Hollywood.  A film clip from Battleground (1949), a rousing tribute to the heroic stand of the 101st Airborne at Bastogne at Christmas 1944, which helped turn the tide of the Battle of the Bulge.  We should always be mindful of the men and women in our military who are far from their families today, celebrating Christmas often in dangerous situations.  May God bless them and keep them, and may we always remember the sacrifices they make for us.

Thank You to Our Men and Women in Service

On this Thanksgiving I’d like to convey my heartfelt thanks to my brother Nathan (currently overseas – prayers requested) and all those in service. I am forever conscious of the sacrifices they make on behalf of our country, including much time spent away from their loved ones.

God bless, God speed — and may you all enjoy such a welcome home.

13 have been killed and 38 wounded at the Fort Hood army post in Texas.  The alleged shooter, Major Nidal Malik Hasan, is dead, and two alleged suspects have been taken into custody.  This is a major story and details are sparse.  May the souls of the dead victims rest in peace.  More details as they become available.

Update 1: Dead gunman thought to have been a mental health professional,  a psychiatrist. I have heard on Fox that he was assigned in the past to Walter Reed.

Update 2: Gunman was thought to have been a drug and rehab specialist who obtained his license to practice psychiatry in 2005.  According to the Army Times he was promoted to Major on April 22, 2009.

Update 5: Gunman had received a poor performance evaluation at Walter Reed.  He was upset about a forthcoming deployment to Iraq.

Update 6: Colonel Terry Lee who had worked in the past with Hasan says that the gunman had made statements that Muslims should stand up and fight against the aggressor.  He is being interviewed on Fox.  The Colonel also said that Hasan thought that after Obama was elected the war in Iraq would come to a swift end and he became frustrated that this did not occur.

Update 7: The two suspects taken into custody have been released.  I am hearing that they may have been attempting to subdue the gunman and were taken in for questioning about the incident.  Good!  That makes it much more likely that this is the work of just one deranged individual rather than a conspiracy.

Update 8: Now the local Congressman in whose district Fort Hood is located is stating that he has heard that another suspect has been brought in for questioning.

Update 9: The gunman’s name according to some reports is Nidal Malik Hasan and not Malik Nadal Hasan as initially reported.

Update 10: Here is info on the gunman on the Virginia Board of Medicine Practitioner Information page.

Update 11: According to a cousin of the gunman interviewed on Fox, Hasan was born and reared in this country.  He has always been a Muslim and is not a recent convert as was initially reported.  He joined the military against the wishes of his parents.  He complained about harassment to relatives that he alleged that he received from fellow soldiers in the Army because of his pro-Muslim views.

Update 12: Lieutenant General Bob Cone, the commanding general in charge of Fort Hood, at a press conference announces that Nidal Malik Hasan was wounded and is in custody, and was not killed as was initially reported.  He is also stating that Hasan was the sole shooter, and that no one else appears to have been involved.  He says that the slain and wounded soldiers were in an enclosed area awaiting medical and dental treatment.  A female civilian police officer shot and wounded Hasan.  She was wounded by Hasan and is in stable condition.  (Soon to be celebrated by the nation as a heroine I think.)

A source tells NPR’s Joseph Shapiro that Hasan was put on probation early in his postgraduate work at the Uniformed Service University of the Health Sciences in Bethesda, Md. He was disciplined for proselytizing about his Muslim faith with patients and colleagues, according to the source, who worked with him at the time.

Update 14:  Hasan is the son of Palestinian immigrants, both deceased.

Update 15:  Reports that Hasan had come to the attention of federal law enforcement authorities six months ago because of internet postings advocating suicide bombings.  This seems to be the post in question:

“There was a grenade thrown amongs a group of American soldiers. One of the soldiers, feeling that it was to late for everyone to flee jumped on the grave with the intention of saving his comrades. Indeed he saved them. He inentionally took his life (suicide) for a noble cause i.e. saving the lives of his soldier. To say that this soldier committed suicide is inappropriate. Its more appropriate to say he is a brave hero that sacrificed his life for a more noble cause. Scholars have paralled this to suicide bombers whose intention, by sacrificing their lives, is to help save Muslims by killing enemy soldiers. If one suicide bomber can kill 100 enemy soldiers because they were caught off guard that would be considered a strategic victory. Their intention is not to die because of some despair. The same can be said for the Kamikazees in Japan. They died (via crashing their planes into ships) to kill the enemies for the homeland. You can call them crazy i you want but their act was not one of suicide that is despised by Islam. So the scholars main point is that “IT SEEMS AS THOUGH YOUR INTENTION IS THE MAIN ISSUE” and Allah (SWT) knows best.”

Take this report with a boulder of salt until it is better confirmed.  However, if the authorities did believe that Hasan was posting on internet sites advocating suicide bombings six months ago, why didn’t the Army take steps to keep him away from troops, especially troops heading for Iraq or Afghanistan?

Update 16:  The brave female police officer who took Hasan down is Police Sergeant Kimberly Munley.  She pumped four bullets into the gunman in spite of being shot by him.

Update 18:  Information about some of the victims here.  May they now be enjoying the Beatific Vision. 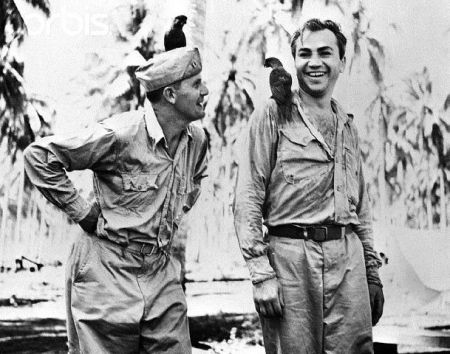 Frederic Gehring was probably lucky that he was born and reared in Brooklyn.  It has always been a tough town and it prepared him for the adventurous life he was to lead.  Born on January 20, 1903,  he went on to attend and graduated from Saint John’s Prep.  Setting his eyes on being a missionary priest, he entered the minor seminary of the Vincentians, Saint Joseph’s, near Princeton,  New Jersey.  Earning his BA in 1925, he entered the seminary of Saint Vincent’s in Philadelphia.

Ordained as a priest on May 22, 1930, he was unable to immediately go to China due to military activity of the Communists in Kiangsi province.  For three years he traveled throughout the US raising funds for the missions in China, and, at long last, in 1933 he was able to pack his bags and sailed for China.  Laboring in the Chinese missions from 1933-1939 in the midst of warlordism, civil war and the invasion of China, commencing in 1937, by Japan must have been tough, but Father Gehring was always up to any challenge.  For example,  in 1938 Japanese planes strafed a mission he was at.  Father Gehring ran out waving a large American flag in hopes that the Japanese would not wish to offend a powerful neutral nation and would stop the strafing.  The Japanese planes did fly off, and Father Gehring was pleased until someone at the mission pointed out that maybe the Japanese had simply run out of ammo!  In 1939 Father Gerhring returned to the States to raise funds for the missions.

END_OF_DOCUMENT_TOKEN_TO_BE_REPLACED

I would like to think that I rarely, if ever, use my privileges here to get on a “soapbox” or as a means to be politically partisan and issue an attack on any person or group. Similarly I hope the subject that I am undertaking reflects my commitment. I would like to admit in regard to the subject that I am terribly biased and I don’t think I am wrong about the matter. I am no source of infallibility, obviously; everyone is free to contradict me. I will passionately disagree, but will respect everyone’s right to intellectual freedom presupposing the same respect.

My self-identification as a Democrat is no secret. After President Obama was elected last November, I was hopeful, that despite his horrific position on life issues, a Democratic Administration and Congress would be able to go, in what I deem, a positive direction on many issues. One of these issues, I hoped, would be repealing “Don’t Ask, Don’t Tell.”

President Obama on the campaign trail reiterated how he supported “equality” for gay and lesbian Americans. While his definition of “equality” is incompatible with my Catholic faith, I find the matter of “Don’t Ask, Don’t Tell” one in which good Catholics may disagree on and it is one I thought the President and I agreed. Let me clarify: I do not march in GLBT parades or belong to any of their advocacy groups.

Just yesterday I learned that allegedly, 619 individuals were discharged last year from the military under the “Don’t Ask, Don’t Tell” policy. I won’t address those 619 discharges because I do not know any of the details to cast any sensible judgments.

However, it so happens that just yesterday a White House official indicated that there were no plans in the foreseeable future to repeal “Don’t Ask, Don’t Tell.” (cf. Barack Obama campaign promises).

So, why does this bother me so much?

END_OF_DOCUMENT_TOKEN_TO_BE_REPLACED

May all of our readers have a Happy Thanksgiving!  As we thank God before eating mass quantities of turkey, cranberries, mashed potatoes, et al, perhaps one blessing we might praise the Almighty for is the skill and courage of a lot of men and women, many not too far out of their teens, who spend their Thanksgivings far from home and family so that we may live in peace and freedom.