A Profile of Daniel DiNardo

On June 17, Cardinal Daniel DiNardo expressed “grave concern over the FDA’s current process for approving the drug Ulipristal (with the proposed trade name of Ella) for use as an ‘emergency contraceptive.’ Ulipristal is a close analogue to the abortion drug RU-486, with the same biological effect — that is, it can disrupt an established pregnancy weeks after conception has taken place.”

Cardinal DiNardo expressed these concerns as chairman of the U.S. bishops’ Committee on Pro-Life Activities, the latest in a line of responsibilities he has assumed in recent years. As recently as 1997, he was simply “Father Dan,” a 48-year-old Pittsburgh parish priest, before he was appointed coadjutor bishop of a small Iowa diocese. At the age of 54, he was appointed coadjutor bishop of Galveston-Houston, and at 58, Pope Benedict created him a cardinal — the first cardinal from a diocese in the South, and the youngest American cardinal since Cardinal Roger Mahony received his red hat in 1991.

Following the consistory of 2007, Pope Benedict appointed Cardinal DiNardo a member of the Pontifical Council for the Pastoral Care of Migrants and Itinerant People (2008) and the Pontifical Council for Culture (2009). In the fall of 2009, he assumed the leadership of the U.S. bishops’ pro-life efforts. He will take part in any conclave that occurs before his eightieth birthday in 2029 and appears destined to be one of the leading American ecclesial figures of the next two decades.

END_OF_DOCUMENT_TOKEN_TO_BE_REPLACED 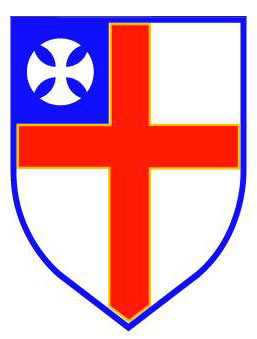 Breaking news as the House of Bishops of the Anglican Church in America has formally requested to enter the Catholic Church. All 99 parishes and cathedrals!

Here is the complete text [emphases mine]:

Released by the House of Bishops of the Anglican Church in America, Traditional Anglican Communion 3 March 2010

We, the House of Bishops of the Anglican Church in America of the Traditional Anglican Communion have met in Orlando, Florida, together with our Primate and the Reverend Christopher Phillips of the “Anglican Use” Parish of Our Lady of the Atonement (San Antonio, Texas) and others.

At this meeting, the decision was made formally to request the implementation of the provisions of the Apostolic Constitution Anglicanorum coetibus in the United States of America by the Congregation for the Doctrine of the Faith.

Reverend Mark Siegel, the Dean of the Cathedral of the Incarnation in Orlando, Florida, expressed his desire and excitement in this historic move by a large Anglican body in more or less the following words.

‘I can’t say anything more than what the ACA announcement says, but we are all excited with this first step.’

END_OF_DOCUMENT_TOKEN_TO_BE_REPLACED

This morning William Cardinal Levada announced at the Vatican that Pope Benedict XVI has introduced a canonical structure in an upcoming Apostolic Constitution that allows for corporate reunion with Anglicans by establishing Personal Ordinariates.

A Personal Ordinariate would be similar to Military Ordinariates which have been established in most countries to provide pastoral care for the members of the armed forces and their dependents throughout the world.

Here are the highlights from this mornings announcement: