Government is Not the Problem- Corruption and Excessive Bureaucratization to Blame

In the effort to provide some counterbalance to prevailing opinion in this here “conservative” territory- I find much food for thought in the Compendium of the Social Doctrine of the Church.  This Authoritative source is most important in discerning the Church’s mind in interpreting the signs of our times- the time corresponding to our personal watch.

END_OF_DOCUMENT_TOKEN_TO_BE_REPLACED

Well- here is a challenge for those Catholics who like to say they are orthodox AND political conservatives- even as the Pope calls us “to liberate ourselves from ideologies, which often oversimplify reality in artificial ways..”.

If you don’t like social security systems, and you don’t like trade union organizations, and you like deregulation of the labour market for the benefit of corporate outsourcing, and you believe that Man should conform to the “free market”- not the economy to Man- well you may need to go to the Vatican and line up for your spanking- or better yet- just repent of your ideological ways, and read the Church social doctrine with an open mind and an open heart- here’s the Pope’s view of things which stands consistently with what the Church has been teaching and advising ever since the first papal social encyclical back in the late 1800’s. From “Caritas in Veritate” the latest papal social encyclical from the Church paragraph #25:

END_OF_DOCUMENT_TOKEN_TO_BE_REPLACED

This is in the category of water is wet and fire burns.  Gallup has released the result of a poll which shows that conservatives embrace patriotism for the US far more than liberals:

“The increase in the overall percentage of Americans calling themselves “extremely patriotic” is driven largely by seniors, Republicans, and conservatives — all of whom are significantly more likely to say so than they were in 2005. Republicans’ relatively higher identification with the “extremely patriotic” label is particularly intriguing when one considers that Democrats are currently far more likely than Republicans to say they are satisfied with the way things are going in the country (41% vs. 7%, respectively). Still, the majority of Americans in each of these subgroups say they are “extremely” or “very” patriotic.”

What the Left Cannot Supply, the Right Will Not Demand

Recently I’ve been toying with the idea of doing a series of posts looking at the recent survey purporting to know a lack of economic knowledge on the Left, with one post for each of the eight questions on the survey. As I look at the list of questions, however, a clear theme emerges, namely that liberals tend to think that the price of a good or service isn’t much affected by the supply of that good or service or visa versa. According to the survey, liberals tend to think that restricting the supply of housing doesn’t increase the price of housing (question 1), that restricting the supply of doctors (through licensing) doesn’t increase the price of doctors (question 2), and that price floors won’t decrease the supply of either rental space (question 4) or jobs (question 8).

Coincidentally, I’m currently reading a (surprisingly good) book by Paul Krugman, in which he argues that conservatives tend to minimize or dismiss the part changes in demand have on getting us into or out of recessions. Naturally this got me thinking whether one of the things separating left from right in this country is a difference in the importance of supply and demand in economic phenomenon. For the above issues, at least, liberals seem to be ready to discount the importance of supply, whereas conservatives underestimate the importance of demand.

END_OF_DOCUMENT_TOKEN_TO_BE_REPLACED

Why I am Filing for Separation from the Democratic Party 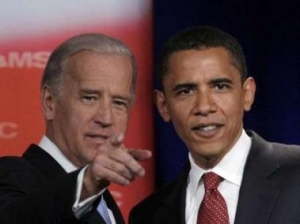 I have decided to take some time away from my Democratic Party membership- this includes resigning as Vice President of Florida Democrats for Life. I have been a Democrat in spirit from the age of 13, when I took the initiative to volunteer many hours for the 1976 Jimmy Carter presidential campaign.This decision is not a flippant one. I will not trade one major party for another, I am going in an Independent direction and would like to found an American-version, Common Good Party, when time permits.

END_OF_DOCUMENT_TOKEN_TO_BE_REPLACED

To have the LA Times refuse to endorse Boxer is a strong indication of just how weak she is this election year.  She is probably strong enough to defeat Kaus (sorry Mickey!) in the primary, but there is blood in the water for the general election. END_OF_DOCUMENT_TOKEN_TO_BE_REPLACED

Set Me Free (From Ideologies) Part 2

To follow up on my first installment of “Set Me Free (From Ideologies), I am going to draw again from the rich well of Pope Benedict’s powerful encyclical Caritas In Veritate.  In this case it would seem that in paragraph #25 the Pope is sounding kinda liberal if we would attempt to fit the views expressed into one or another of our American political ideologies. END_OF_DOCUMENT_TOKEN_TO_BE_REPLACED

Take this with more than a grain of salt, since the Club for Growth supports him, but in the latest poll by the Club for Growth Doug Hoffman, the pro-life Conservative Party candidate  in the special election in the New York 23rd Congressional District endorsed by Sarah Palin and other Republican Party luminaries, leads with 31.3% of the vote to 27% for Bill Owens the Democrat and 19.7% for the pro-abort leftist Republican Dede Scozzafava., with 22% undivided.

END_OF_DOCUMENT_TOKEN_TO_BE_REPLACED

We continue to work through the authoritative Compendium of the Social Doctrine of the Church on the topic of the Political Community. In this part we will look at what happens “When Government behaves badly”. From the Compendium paragraphs #383 and #383: END_OF_DOCUMENT_TOKEN_TO_BE_REPLACED

Catholic View of the Political Community

There is one major area of Catholic social doctrine concern, that is consistently overlooked in all the liberal v.conservative American arguments. The proper nature and responsibility of the “Political Community”. The Compendium of the Social Doctrine of the Church lays out a comprehensive set of teachings and a blueprint for such interests. I am going to start the process of slowly offering the official Compendium quotations- not just proof-texting a sentence here or there. I believe that a real and profound commitment to these teachings will leave both liberals and conservatives something to seriously consider, and may help to form a unique Catholic worldview, which is something mainstream American politics so desperately needs right now.