And they cried with a loud voice, saying:  How long, O Lord (holy and true) dost thou not judge and revenge our blood on them that dwell on the earth? Apocalypse 6:10

If you listen closely you can hear the attendants (which include the mayor of our fine city of Houston Anise Parker) at this “dedication” commenting on their newly “sacred and holy” ground. They are speaking of the largest abortuary in the United States.

If we are moving toward, or already in, a post-Christian civilization then should we be surprised that those who promote and support abortion and other anti-life policies impart a religious sheen on their actions?  After all, human sacrifice was present in almost all pagan religions to some extent with the Aztec sacrifices being among the most infamous.  These people are willing and proud worshipers of Baal and, unless we pray, fast and offer Masses in reparation for these sins, we will only allow this evil to grow and ever more innocents slaughtered at the altar of “Choice”.

Nine Days That Changed the World is a film produced by Citizens United, Newt Gingrich’s, former Republican Speaker of the House and Catholic convert, group.  That Gingrich produced it will probably reduce the number of people who will see the film, due to the fact that Gingrich is subject to legitimate criticism for his past infidelities to his first two wives, and because he is a devil figure for the Left.  That is a shame because this film is a thoughtful look at one of the pivotal events in the last century:  the unraveling of the Soviet domination of Eastern Europe, which began in Poland and was directly sparked by the visit of John Paul II in 1979 who inspired Lech Walesa and other Poles to found Solidarity and give voice to the Polish cry for freedom that ultimately prevailed.

In his address to the civil authorities in Poland on June 2, 1979, the Pope touched upon the never ending desire of the Poles for their independence:

We Poles feel in a particularly deep way the fact that the raison d’être of the State is the sovereignty of society, of the nation, of the motherland. We have learned this during the whole course of our history, and especially through the hard trials of recent centuries. We can never forget that terrible historical lesson—the loss of the independence of Poland from the end of the eighteenth century until the beginning of the twentieth. This painful and essentially negative experience has become as it were a new forge of Polish patriotism. For us, the word “motherland” has a meaning, both for the mind and for the heart, such as the other nations of Europe and the world appear not to know, especially those nations that have not experienced, as ours has, historical wrongs, injustices and menaces. And thus the last World War and the Occupation, which Poland experienced, were still for our generation such a great shock thirty-five years ago when this war finished on all fronts. At this moment there began the new period of the history of our motherland. We cannot however forget everything that influenced the experiences of the war and of the Occupation. We cannot forget the sacrifice of the lives of so many men and women of Poland. Neither can we forget the heroism of  the Polish soldier who fought on all fronts of the world “for our freedom and for yours”.

We have respect for and we are grateful for every help that we received from others at that time, while we think with sadness of the disappointments that we were not spared.

END_OF_DOCUMENT_TOKEN_TO_BE_REPLACED

Prepare to be disgusted and then edified.

This from LifeSite with my emphases and comments:

LYONS, June 17, 2010 (LifeSiteNews.com) – Approximately 200 young Catholics came to the defense of the Cathedral of Lyons, France, during a “kiss-in” protest held by homosexuals in front of the building last month.

The homosexuals reportedly came on the eve of the “World Day Against Homophobia” in May to kiss each other in front of the cathedral, [vile] presumably in protest against the Catholic Church’s 2,000-year-old condemnation of homosexual sex acts.  [I believe the condemnation is in the Old Testament as well.  It is also written into our being as images of God.]

END_OF_DOCUMENT_TOKEN_TO_BE_REPLACED

Yesterday, June 4, was the twenty-first anniversary of the brutal suppression of the pro-Democracy protests in Tiananmen Square in Beijing.  Over 3000 of the protestors were murdered by the Communist government of China.  Tyranny won that round, but I have absolutely no doubt that Democracy will ultimately prevail in the Middle Kingdom.  When it does, the heroes and heroines of Tiananmen Square will be remembered and their murderers forgotten.

“The bravest are surely those who have the clearest vision of what is before them, glory and danger alike, and yet notwithstanding, go out to meet it.” 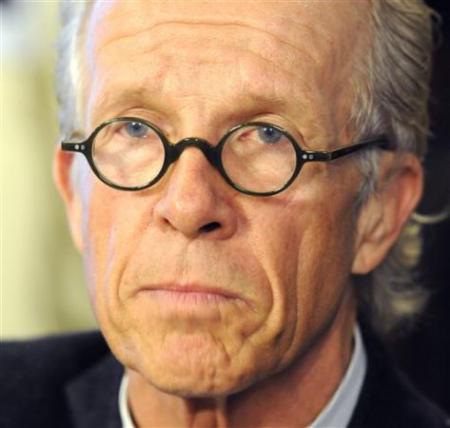 The Face of Evil

Attorney Jeffrey Anderson of Saint Paul, Minnesota, has had success in winning millions of dollars[1] from homosexual pedophile abuse cases against the American Catholic Church over the years.

He has stated many times that he will not be satisfied until he sues the Vatican in federal court with Pope Benedict in tow [2].

“We’re chasing them. We’re taking bites out of their a@#,” said the lawyer. “All the roads lead to Rome. What we’re doing is getting us closer every single day.”

He may have been driven in the past in pursuit of justice for many victims of homosexual pedophiles, but what was a mission to bring justice is apparently now driven by diabolical forces to take down the Catholic Church Herself at all costs and with prejudice.

END_OF_DOCUMENT_TOKEN_TO_BE_REPLACED

Nicholas D. Kristof wrote another New York Times editorial condemning the Church. It’s not worth reading; it’s the same stuff about the Vatican is not the Church, but the real Church are the ones helping the needy (i.e. the ones doing what Kristof likes-except for obviously Mother Teresa b/c she didn’t like contraception) and the Church needs to expand its ideas on women and contraception in order to avoid the sex abuse crisis. For example

That story comes to mind as the Vatican wrestles with the consequences of a patriarchal premodern mind-set: scandal, cover-up and the clumsiest self-defense since Watergate. That’s what happens with old boys’ clubs

That’s not interesting. We’ve heard it before. What is interesting is his blog. He himself comments on the article.

One question that I’m still puzzling over is this: how much difference would it make if the Vatican did admit women as deacons, or ordain them? It’s certainly true that women can be abusers as well as men. The painful report of the Irish Commission of Inquiry last year made that clear, with accounts of nuns brutally mistreating children and in some cases raping them. Likewise, ordination of women is no guarantee of popular support: mainline Christian denominations have been ordaining women, and still losing ground to more conservative Evangelical denominations.