The Vatican  released a working paper during Pope Benedict XVI’s pilgrimage to Cyprus to prepare the way for a crisis summit of Middle East bishops in Rome. What I take away from this- along with the Holy See’s call for lifting the blockade of Gaza- is something of a vindication for my more raw views urging for a sea change in American Catholic opinion and action regarding the overall situation in the Middle East, and in Israel-Palestine in particular.

END_OF_DOCUMENT_TOKEN_TO_BE_REPLACED

Vatican Condemnation of Halloween is False

In what is a common occurrence that happens more than you think, the media again has done a poor job of reporting the news that emanates from the Vatican.  If it came from the Vatican at all.  The new one today is that the Catholic Church condemns Halloween, or some variation there of.

Various news outlets have reported that the Pope, the Catholic Church, or the Vatican have condemned, blasted, slammed, or as the Times of London said, “reserved their venom for the millions of parents who allowed their children to celebrate this “pagan” festival.”

END_OF_DOCUMENT_TOKEN_TO_BE_REPLACED

Jesuitical 6: Latin is so pre-Vatican II.

Another segment in my series on the follies of modern Jesuits, with no slight intended to the orthodox Jesuits who soldier on under often grim circumstances.  America, the Jesuit publication, has an article by Thomas G. Casey, SJ, an associate professor at the Gregorian University in Rome in which he suggests dumping Latin as the official language of the Church for English.  Rather convenient for English speaking Jesuits, and also rather convenient for people who would like to ram down the memory hole the history of the Church up to Vatican II.  Father Z does an effective fisking of the article here.  The only addition I have is that Father Z is correct as to the Roman soldiers in Palestine speaking Latin at the time of Christ.  Wherever recruited, Latin was the language of command in the Roman Legions and auxilliary units.  The recruits, if they did not speak Latin, quickly picked up what was often referred to as soldier Latin.  That was the language they spoke while on duty.  It was a rather meaningless aside in Casey’s article, but he was wrong on that point.

Miguel H. Diaz has been chosen by President Obama, peace be upon him, as the new ambassador to the Holy See.  The

secular media and Catholic Left has been hailing Mr. Diaz as a Rahner scholar and “pro-life” Democrat.  Jesuit Father James Martin of America magazine, who recently claimed that Obama is not pro-abortion, has praised Mr. Diaz for being a Latino, in addition to being a “faithful” Catholic and for receiving a degree from the University of Notre Dame.

Abbot John Klassen of St. John’s Abbey had this to say about Mr. Diaz’s Latino and theological credentials [emphasis mine]:

“He is a strong proponent of the necessity of the Church to become deeply and broadly multi-cultural [I guess we need priestesses to be more multi-cultural], to recognize and appreciate the role that culture plays in a living faith [sounds too much like a living, breathing constitution]. Born in Havana, Cuba [Being born in Havana, Cuba is a good start in creating his Latino credentials.], he is a leading Hispanic theologian in United States.”

END_OF_DOCUMENT_TOKEN_TO_BE_REPLACED

In the same week of his nomination of a Hispanic Catholic for the Supreme Court of the United States, President Obama has finally named Havana-born 45 year old Miguel H. Diaz, an associate professor of theology at St. John’s University and the College of Saint Benedict in Minnesota, to serve as U.S. Ambassador to the Vatican. Eric Gorski (Associated Press) reports:

END_OF_DOCUMENT_TOKEN_TO_BE_REPLACED

Here are today’s Top Picks in the Catholic world:

1. The HOT rumor of the day is that “Father John Jenkins, the president of Notre Dame, is in Washington today (Tuesday) for an unannounced meeting at the White House.”

Is he personally visiting with President Obama to offer his sincere apologies for rescinding the invitation to speak at the commencement?  Rescind the honorary law degree?  Ask for a job after he gets fired?

Your guess is as good as mine.

Phil Lawler of Catholic World News received a report from a reliable source of Fr. Jenkin’s unannounced visit to the White House and they cannot confirm this report yet.

In other news, this past Monday Fr. Jenkins expressed his profound pride in honoring the most pro-abortion president in U.S. history.

2. Have you seen Fr. Dwight Longenecker’s updated and revised blog?  It is awesome!

3. Even though the 2012 U.S. presidential elections are three years away we can dream and speculate who we would like to run for office between either a Democratic or Republican candidate (or even a legitimate third party candidate).  One name that has become quite intriguing to me is the former U.S. Representative from Georgia, Newt Gingrich.  His mea culpa of his previous marriages, his incredible intellect, speaking skills, and his recent conversion to our beautiful Catholic faith makes him my favorite for now.

END_OF_DOCUMENT_TOKEN_TO_BE_REPLACED

Today the Washington Times is reporting that the Vatican has rejected at least three candidates for ambassador.  Could one of those candidates been Doug Kmiec?  Mayor Richard Daley of Chicago?  Caroline Kennedy?

The Headline Bistro is reporting that Senator John Kerry is pushing for Caroline Kennedy for the position.  A left-leaning Italian daily, Panorama, is speculating of the ‘glamorous’ benefits of having Miss Kennedy as the Holy See’s ambassador.

Caroline Kennedy?  You’ve got to be kidding me!  What is interesting to note is the sheer lack of understanding on behalf President Obama of what the Catholic Church stands for.  It is not a political entity, but Christ’s church on earth.  Abortion is not one of a myriad of policy differences that can be pushed under the rug when it comes to appointing a U.S. ambassador to the Vatican.

The U.S. has a right to appoint whomever they want, but the Pope has the right to reject any ambassador that will not “improve relations” with the Vatican.  If President Obama appoints a pro-choice (pro-abortion) candidate, one who promotes the death of innocent children, how can this candidate  improve relations with the Holy See that defends the rights the most vulnerable among us?  Logic and reasoning seem to be lacking in finding a candidate from the Obama administration.

END_OF_DOCUMENT_TOKEN_TO_BE_REPLACED

To The “Traitor,” Go The Spoils? Kmiec & The Ambassadorship 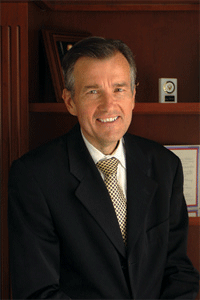 There has been some talk in Catholic circles recently of Douglas Kmiec being appointed U.S. Ambassador to the Vatican. Many American Catholic contributors have expressed their opinions of Mr. Kmiec during the recent election. To be clear, the problem with Kmiec was not that he supported Obama, it was that he consistently advanced disingenuous or highly questionable arguments, arguably distorting Catholic teaching, to make the case. Apparently, rumors have surfaced that many in the Vatican are similarly displeased with Mr. Kmiec, and that the Vatican might take the unusual step of vetoing Mr. Kmiec’s nomination should he be appointed.

John Allen, one of the best reporters on Church matters, argues here both that vetoing the appointment of Mr. Kmiec would be unwise, and that President-elect Obama would be unwise to appoint Kmiec:

END_OF_DOCUMENT_TOKEN_TO_BE_REPLACED

the Apostolic Penitentiary gave a lecture on November 13 at the Keane Auditorium at Catholic University of America last week titled, “Pope Paul VI and Pope John Paul II: Being True in Body and Soul“.  In it Cardinal Stafford critiqued President-elect Obama as “aggressive, disruptive and apocalyptic,“ and he further added that Obama ran an “extremist  anti-life platform”.

Here are some highlights of his lecture:

“Because man is a sacred element of secular life,” Stafford remarked, “man should not be held to a supreme power of state, and a person’s life cannot ultimately be controlled by government.”

“For the next few years, Gethsemane will not be marginal. We will know that garden,” Stafford said, comparing America’s future with Obama as president to Jesus’ agony in the garden. “On November 4, 2008, America suffered a cultural earthquake.”

Cardinal Stafford said Catholics must deal with the “hot, angry tears of betrayal” by beginning a new sentiment where one is “with Jesus, sick because of love.”

The lecture, hosted by the Pontifical John Paul II Institute for Studies on Marriage and Family, pertained to Humanae Vitae, a papal encyclical written by Pope Paul VI in 1968 and celebrating its 40 anniversary this year.

Stafford also spoke about the decline of a respect for human life and the need for Catholics to return to the original values of marriage and human dignity.