Why is Cardinal George Silent about Abortion in the Current Health Care Bill?

When Cardinal George requested that pro-life Republicans vote for the Stupak amendment to the health care bill, he was shaming conservative American legislators that they need to stand up for what they claim in public.  Cardinal George discounted reasonable Republican objections  that this was just a ploy by Nancy Pelosi to get pro-life Democrats on board knowing full well that all pro-life language would be stripped in the joint chambers conference committee.

Was Cardinal George this naive to fall for this parliamentary trick?  Can we assume he isn’t this naive?

No, Cardinal George is not this naive because why would the Vatican choose him to lead a diocese?  The Vatican certainly takes its time to make wise and knowledgeable decisions don’t they?  The Holy Spirit guides them in their work, granted that this is done primarily through the teachings of the Church.  Though we can be reasonable enough knowing that the Vatican wouldn’t choose someone who is incompetent to be a shepherd to his flock.

END_OF_DOCUMENT_TOKEN_TO_BE_REPLACED 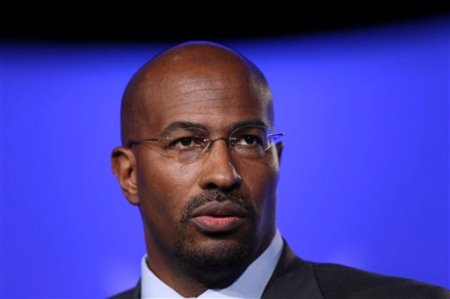 Van Jones resigned under pressure from conservatives and Republicans as more information leaked out concerning the character of his person.

After insulting Republicans and being found out as a “Truther”, someone who believes President Bush allowed 9/11 to occur, his past transgressions and militant associations became to much for the Obama administration to bear.

Being a self-avowed Communist and a black nationalist also contributed to his downfall despite the mainstream medias blackout of reporting any news that may harm President Obama.  In the end the American people were able to relay their displeasure at another Obama mishap without ABC, CBS, NBC, CNN, MSNBC, the New York Times and the Washington Post doing their best at doing a horrible job of journalism.

This says a lot about President Obama’s character and vetting process.  Especially after spending 20 years attending the racist Jeremiah Wright’s church and his ties to the Weatherman Underground terrorists, it is becoming troubling that our own president even associates with people of such poor character.

A bitter and disturbed Van Jones wrote in his resignation letter that ordinary Americans are “… using lies and distortions to distract and divide.”

It not only looks like our president shows signs of incompetence, but he also makes some pretty poor choices when it comes to choosing members of his administration.  His vetting process is a lark and the rest of America is finally realizing the nightmare we have on our hands.

To read more on Van Jone’s resignation go to the Washington Times article by Christina Bellantoni by clicking here.