A Solemnity on a Lenten Friday

Today, March 19, 2010, is the Solemnity of Saint Joseph, husband of the Blessed Virgin Mary; it is also a Friday during the season of Lent. According to Canon Law 1251, the obligation to abstain from meat is lifted, therefore it is permissible to eat meat today or voluntarily observe Lenten abstinence on Fridays.

Have a blessed Feast of Saint Joseph!

The abuse of removing Holy Water from fonts during the season of Lent is a manifestation of the Spirit of Vatican II.  Well meaning priests misinterpreted or altogether made up their own discipline by removing Holy Water.  Father John Zuhlsdorf has followed this up during the course of Lent 2010 with his most recent posting clarifying why Holy Water should never be removed during the season of Lent except for Good Friday and Holy Saturday:

And if you go into a church where you see this sort of idiocy… for the love of God, DON’T bless yourself with SAND.

END_OF_DOCUMENT_TOKEN_TO_BE_REPLACED

Very loosely based on the Justice Trials of Nazi judges and Reich Ministry of Justice officials, Judgment at Nuremberg (1961) is a masterful exploration of justice and the personal responsibility of good men trapped in a totalitarian state.  Burt Lancaster, an actor of the first calibre, gives the performance of his career as Ernst Janning.  The early portion of the movie makes clear that Ernst Janning is in many ways a good man.  Before the Nazis came to power Janning was a world respected German jurist.  After the Nazis came to power evidence is brought forward by his defense counsel that Janning attempted to help people persecuted by the Nazis, and that he even personally insulted Hitler on one occasion.  Janning obviously despises the Nazis and the other judges who are on trial with him.  At his trial he refuses to say a word in his defense.  He only testifies after being appalled by the tactics of his defense counsel.  His magnificent and unsparing testimony convicts him and all the other Germans who were good men and women, who knew better, and who failed to speak out or to act against the Nazis.  Janning’s testimony tells us that sins of omission can be as damning as sins of commission.  When he reveals that he sentenced a man to death he knew to be innocent, we can only agree with his bleak assessment that he reduced his life to excrement.  Yet we have to respect Janning.  It is a rare man who can so publicly take responsibility for his own evil acts. END_OF_DOCUMENT_TOKEN_TO_BE_REPLACED 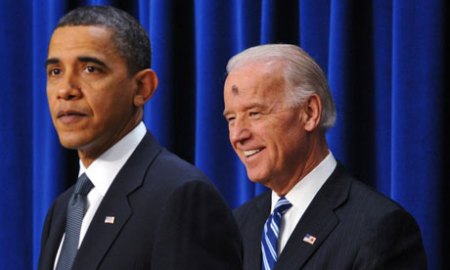 Biretta tip to Thomas Peters of the American Papist.

The Meaning of the Great Fast

On Fasting, St. John Chrysostom, a Greek Father of the Church.

Fasting is a medicine. But medicine, as beneficial as it is, becomes useless because of the inexperience of the user. He has to know the appropriate time that the medicine should be taken and the right amount of medicine and the condition of the body which is to take it, the weather conditions and the season of the year and the appropriate diet of the sick and many other things. If any of these things are overlooked, the medicine will do more harm than good. So, if one who is going to heal the body needs so much accuracy, when we care for the soul and are concerned about healing it from bad thoughts, it is necessary to examine and observe everything with every possible detail

Fasting is the change of every part of our life, because the sacrifice of the fast is not the abstinence but the distancing from sins. Therefore, whoever limits the fast to the deprivation of food, he is the one who, in reality, abhors and ridicules the fast. Are you fasting? Show me your fast with your works. Which works? If you see someone who is poor, show him mercy. If you see an enemy, reconcile with him. If you see a friend who is becoming successful, do not be jealous of him! If you see a beautiful woman on the street, pass her by.

In other words, not only should the mouth fast, but the eyes and the legs and the arms and all the other parts of the body should fast as well. Let the hands fast, remaining clean from stealing and greediness. Let the legs fast, avoiding roads which lead to sinful sights. Let the eyes fast by not fixing themselves on beautiful faces and by not observing the beauty of others. You are not eating meat, are you? You should not eat debauchery with your eyes as well. Let your hearing also fast. The fast of hearing is not to accept bad talk against others and sly defamations.

END_OF_DOCUMENT_TOKEN_TO_BE_REPLACED

Comments Off on The Meaning of the Great Fast |

Works of Penance, Frequent Confession, Mortification, Almsgiving is by Father Francis Fernandez Carvajal from his series on meditations In Conversation with God, Daily Meditations Volume Two: Lent and Eastertide, 1.2:

Today God asks us also for a rather special mortification, which we offer up cheerfully: it is fasting and abstinence, which strengthens our spirit as it mortifies our flesh and our sensuality.  It raises our soul to God.  It gets rid of concupiscence by giving us the strength to overcome and to mortify our passions, and it disposes our heart that it may seek for nothing except to please God in everything.9

END_OF_DOCUMENT_TOKEN_TO_BE_REPLACED

Here is the complete text of the Pope’s message:

Dear Brothers and Sisters,today, Ash Wednesday, marks the beginning of the Church’s Lenten journey towards Easter.

Lent reminds us, as Saint Paul exhorts, “not to accept the grace of God in vain” (cf. 2 Cor 6:1), but to recognize that today the Lord calls us to penance and spiritual renewal. This call to conversion is expressed in the two formulae used in the rite of the imposition of ashes. The first formula – “Turn away from sin and be faithful to the Gospel” – echoes Jesus’s words at the beginning of his public ministry (cf. Mk 1:15). It reminds us that conversion is meant to be a deep and lasting abandonment of our sinful ways in order to enter into a living relationship with Christ, who alone offers true freedom, happiness and fulfilment.

END_OF_DOCUMENT_TOKEN_TO_BE_REPLACED

“And when He had fasted forty days and forty nights, He was afterward an hungered.” Matt. iv. 2.

{1} THE season of humiliation, which precedes Easter, lasts for forty days, in memory of our Lord’s long fast in the wilderness. Accordingly on this day, the first Sunday in Lent, we read the Gospel which gives an account of it; and in the Collect we pray Him, who for our sakes fasted forty days and forty nights, to bless our abstinence to the good of our souls and bodies.

We fast by way of penitence, and in order to subdue the flesh. Our Saviour had no need of fasting for either purpose. His fasting was unlike ours, as in its intensity, so in its object. And yet when we begin to fast, His pattern is set before us; and we continue the time of fasting till, in number of days, we have equalled His.

There is a reason for this;—in truth, we must do nothing except with Him in our eye. As He it is, through whom alone we have the power to do any good {2} thing, so unless we do it for Him it is not good. From Him our obedience comes, towards Him it must look. He says, “Without Me ye can do nothing.” [John xv. 5.] No work is good without grace and without love.

END_OF_DOCUMENT_TOKEN_TO_BE_REPLACED

Hell and Back Again

For those American Catholic readers who aren’t familiar with my previous online life, I’m on my third year of blogging through Dante’s Divine Comedy on my personal blog as a Lenten exercise. On the category page here you can find entries for the entirely of the Inferno and nearly all of Purgatorio, which I should be wrapping up by Easter.

Time and motivation permitting, I may start Paradiso during Easter season — or perhaps I’ll have to save that for next year. If you’re interested, feel free to stop by and read along in this timeless spiritual and literary classic during what remains of Lent.

I.  The Benefits of Abstinence Shown by the Example of the Hebrews.

II.  Use Lent to Vanquish the Enemy, and Be Thus Preparing for Eastertide.

III.  Fights are Necessary to Prove Our Faith.

IV.  The Christian’s Armour is Both for Defence and for Attack.

V.  Abstinence Not Only from Food But from Other Evil Desires, Especially from Wrath, is Required in Lent.

VI.  The Right Use of Lent Will Lead to a Happy Participation in Easter.

END_OF_DOCUMENT_TOKEN_TO_BE_REPLACED

Comments Off on Sermon 39 |