Senator Al Franken’s visits to Dave Letterman’s Late Show is taking a toll on him.

As far as Miss Kagan’s assertion on the monopoly of truth or wisdom, it’s apparent that God has no role in her life whatsoever. 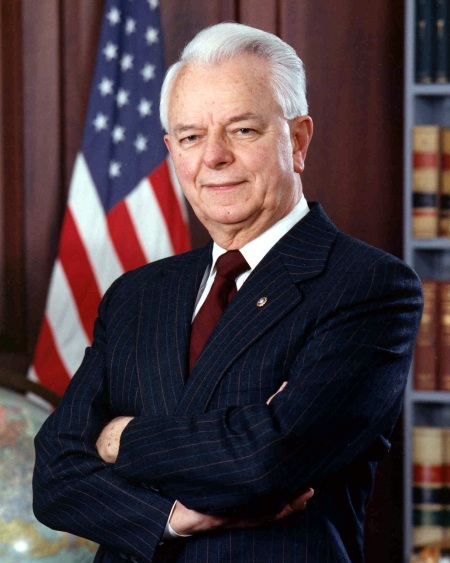 Kristina Peterson of the Dow Jones Newswires writes for the Wall Street Journal this synopsis of Robert Byrd’s life:

A spokesman for the family, Jesse Jacobs, said Mr. Byrd died peacefully at about 3 a.m. at Inova Hospital in Fairfax, Va. His health had been failing for several years.

A master of Senate procedures and orator whose Stentorian tones aimed to evoke the roots of the republic (if not Rome), Mr. Byrd served longer, voted more frequently, and probably used the arcane Senate rules to more effect any previous denizen of the nation’s senior legislative house.

END_OF_DOCUMENT_TOKEN_TO_BE_REPLACED

To have the LA Times refuse to endorse Boxer is a strong indication of just how weak she is this election year.  She is probably strong enough to defeat Kaus (sorry Mickey!) in the primary, but there is blood in the water for the general election. END_OF_DOCUMENT_TOKEN_TO_BE_REPLACED 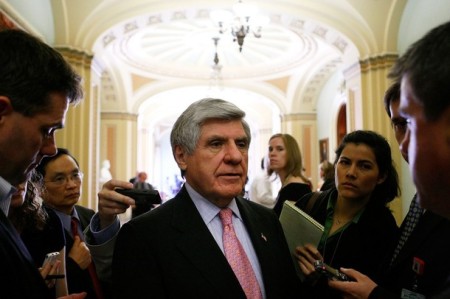 (Updates at the bottom of this article.)

Harry Reid was able to make huge concessions to the state of Nebraska and bought Senator Ben Nelson’s vote a la Mary Landrieu.  The vote seems headed to the floor with all 60 votes secured to impose on American’s draconian laws that would hike insurance rates and begin the downward slope towards European style socialism.

Nelson secured full federal funding for his state to expand Medicaid coverage to all individuals below 133 percent of the federal poverty level. Other states must pay a small portion of the additional cost. He won concessions for qualifying nonprofit insurers and for Medigap providers from a new insurance tax. He also was able to roll back cuts to health savings accounts.

What’s in the bill that I’m aware of?  I’ve broken down the Washington Post article almost verbatim below:

END_OF_DOCUMENT_TOKEN_TO_BE_REPLACED

Senator Ben Nelson of Nebraska said ‘no-go’ on the most recent health care bill that Harry Reid and the Democrats have compiled.  This most likely will derail President Obama’s efforts to have a Senate health care bill done by Christmas.

“As it is, without modifications, the language concerning abortion is not sufficient,”

END_OF_DOCUMENT_TOKEN_TO_BE_REPLACED

Nancy Pelosi, Harry Reid, and Barack Obama continue to spend, spend, spend away money we don’t have.  With the public option now firmly established in the current Senate version of the health care bill, Election 2010 comes to mind.

Kick the bums out.

Cardinal Rigali’s comments came at the press conference announcing an unprecedented coalition of Catholic, Orthodox, and Protestant leaders uniting behind a call to Christian conscious, the Manhattan Declaration.

Senator Bob Casey, Jr., I hope you’re listening, your soul is on the line.

Democrat Party Senator Mary Landrieu of Louisiana cast her vote for Harry Reid’s health care bill and became the biggest purchased vote in American legislative history.  She sold her vote for a cool $100 million in order to begin debate on the anti-life health care bill.

As of 24 hours ago Senator Landrieu was still wavering on whether to vote for the health care bill.  But in a dark smoke filled room away from the lights and cameras of the media a deal had been struck which bought the senators vote.  Surprising considering President Obama promised an open and lively debate throughout the entire process and he has failed miserably in delivering on this promise.

Lies, corruption, and blatant disregard for the American people, in this instance, the people of Louisiana was in full display as Senator Landrieu cast bought vote for the health care bill.  She was so brazen about selling out her soul for money the U.S. government does not have that she proudly declared, “And it’s not a $100 million fix. It’s a $300 million fix.”  Bragging that she was bought for $300 million.  Some have called it the great new Louisiana Purchase.

END_OF_DOCUMENT_TOKEN_TO_BE_REPLACED

Extremist Democrats and liberals are hailing Harry Reid’s Health Care bill as a victory for pro-abortion activists.  Though

the United States Conference of Catholic Bishops (USCCB) has called it “completely unacceptable“.

He called it “completely unacceptable,” adding that “to say this reflects current law is ridiculous.”

END_OF_DOCUMENT_TOKEN_TO_BE_REPLACED

Is one of the most recent columns over at Vox Nova prophetic? Has Senator Harry Reid set into motion what is to be the death of health care reform because of the abortion issue?

The Senate Majority Leader unveiled the health care legislation yesterday and it is already under attack by pro-life groups because it contains language strikingly similar to the Capps Amendment—the original abortion provisions of the House health care bill until it was removed and replaced upon the passage of the Stupak Amendment which explicitly prohibited the funding of abortion or subsidizing of insurance plans that cover abortions in what would be newly-created health exchanges. END_OF_DOCUMENT_TOKEN_TO_BE_REPLACED

The Senate version of the health care reform legislation has been unveiled. It has been scored at $849 billion and Senate Majority Leader, Harry Reid is expected to bring it up vote for its first procedural vote this Saturday.

If the Senate takes up the bill, the debate is expected to begin on November 30, after the U.S. Thanksgiving holiday next week, and last for at least three weeks. Senior Democratic senators, however, have said it is unlikely Obama will have a completed bill on his desk by the end of the year.

Click here if you wish to write your Senators and voice your opinion.