Breaking news as the House of Bishops of the Anglican Church in America has formally requested to enter the Catholic Church. All 99 parishes and cathedrals!

Here is the complete text [emphases mine]:

Released by the House of Bishops of the Anglican Church in America, Traditional Anglican Communion 3 March 2010

We, the House of Bishops of the Anglican Church in America of the Traditional Anglican Communion have met in Orlando, Florida, together with our Primate and the Reverend Christopher Phillips of the “Anglican Use” Parish of Our Lady of the Atonement (San Antonio, Texas) and others.

At this meeting, the decision was made formally to request the implementation of the provisions of the Apostolic Constitution Anglicanorum coetibus in the United States of America by the Congregation for the Doctrine of the Faith.

Reverend Mark Siegel, the Dean of the Cathedral of the Incarnation in Orlando, Florida, expressed his desire and excitement in this historic move by a large Anglican body in more or less the following words.

‘I can’t say anything more than what the ACA announcement says, but we are all excited with this first step.’

Hattip to Sandro Magister. On September 12, 1960 John F. Kennedy, running for president, spoke to the Greater Houston Ministerial Association to assuage the fears of many in the country that his loyalty would be to the Pope rather than to the Constitution.  (The irony of course was that JFK took his faith quite lightly, to put it politely.)  The text of the speech is here.  On Monday March 1, 2010, Archbishop Chaput, at Houston Baptist University, gave a reply to this speech.

The core of the speech is that Kennedy was wrong:

Fifty years ago this fall, in September 1960, Sen. John F. Kennedy, the Democratic candidate for president, spoke to the Greater Houston Ministerial Association. He had one purpose. He needed to convince 300 uneasy Protestant ministers, and the country at large, that a Catholic like himself could serve loyally as our nation’s chief executive. Kennedy convinced the country, if not the ministers, and went on to be elected. And his speech left a lasting mark on American politics. It was sincere, compelling, articulate – and wrong. Not wrong about the patriotism of Catholics, but wrong about American history and very wrong about the role of religious faith in our nation’s life. And he wasn’t merely “wrong.” His Houston remarks profoundly undermined the place not just of Catholics, but of all religious believers, in America’s public life and political conversation. Today, half a century later, we’re paying for the damage.

END_OF_DOCUMENT_TOKEN_TO_BE_REPLACED

The Construct of Rebellion

In 2010 the Catholic Church in particular and Christianity in general are under attack because age old truths are being abandoned for the Dictatorship of Relativism. One might ask; how did we get here? It didn’t happen overnight; as a matter of fact many of those doing the rebelling actually think they are doing us all a favor.  Centuries and millennium evolved into a construct of rebellion where self appointed leaders who thought knew better than the Church and society itself tried to change all that was sacred and holy into something, they but most importantly their friends in the intelligentsia, could accept. Too many cooks in the kitchen can be bad for your acquired culinary tastes, but when truth is watered down it is something entirely different and far more serious. In this instance, we are talking about souls, not taste buds.  If this is so then how could the thesis of my book, The Tide is Turning Toward Catholicism be true? The answer is simple because the world is getting closer and closer to the precipice. Some may chose to jump but thankfully more will chose to come back from ledge into the world of reality and when they do they will see the many positive developments happening in the Church. One’s own mortality has a way of causing self preservation.

END_OF_DOCUMENT_TOKEN_TO_BE_REPLACED

Buckle Up! Because here are today’s Top Picks in the Catholic world:

1. I want to welcome Blackadder to American Catholic.  Yes, it’s belated, but needed nonetheless.  He has been an excellent addition to our fledgling website.  He’s written many exceptional posts over at Vox Nova and we are glad to have him here with us.  He also writes at the fine political group blog, Southern Appeal.

2. Meaningless word of the day, Ecumenism.

…which dovetails very well into my third pick…

END_OF_DOCUMENT_TOKEN_TO_BE_REPLACED 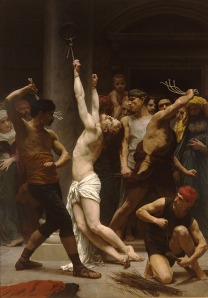 Updates below ↓, Hans Küng accuses His Holiness of being “egomaniacal” (more below).

A dissident Catholic theologian from Germany is calling on the Pope to “resign”.  Hermann Haering is the “theologian” in question who is asking for His Holiness’ resignation.  Even the German Chancellor, Angela Merkell, has asked the Pope to strongly rebuke Williamson and distance himself from it–which he has already done though many in the secular world fail to recognize.  What do they want, Richard Williamsons’ head on a stake?

We should always take what the mainstream media reports with a grain of salt.  The mainstream media has more times than not, reported with a bias against the Catholic Church.  With dissident Catholics such as Hermann Hearing, anything they say will be grasped upon quickly for a cheap shot against the Catholic Church.  The smear campaign has begun in full throttle just as Fr. John Zuhlsdorf forewarned us about;  Anti-Catholics and dissidents are coming out of the seeping cracks to take potshots at our Pope.

END_OF_DOCUMENT_TOKEN_TO_BE_REPLACED

First we have Pope Benedict XVI having the excommunications on the Society of St. Pius X (S.S.P.X.)  lifted on January 21.  Then we have rumors that the Congregation of the Doctrine of the Faith (C.D.F.) possibly offering the  Traditional Anglican Communion (T.A.C.) entry into the Catholic Church on January 29.  So there needs to be a third piece of good news percolating somewhere some would think?

END_OF_DOCUMENT_TOKEN_TO_BE_REPLACED

Due to the unprecedented volume of traffic it can be difficult to access The Record website.   I can only

surmise this is because of the excitement that this bit of news must be generating among Traditional Anglicans as well as faithful Catholics and various observers from Canterbury.

Again, this has just been reported within the last two hours (1:50am Central Standard Time).  Here is the following posted information from The Record:

Congregation for the Doctrine of the Faith has decided to recommend the Traditional Anglican Communion be accorded a personal prelature akin to Opus Dei, if talks between the TAC and the Vatican aimed at unity succeed, it is understood.

END_OF_DOCUMENT_TOKEN_TO_BE_REPLACED

C.S. Lewis wrote an introduction to an English translation of Saint Athanasius’  On the Incarnation which is on-line here.